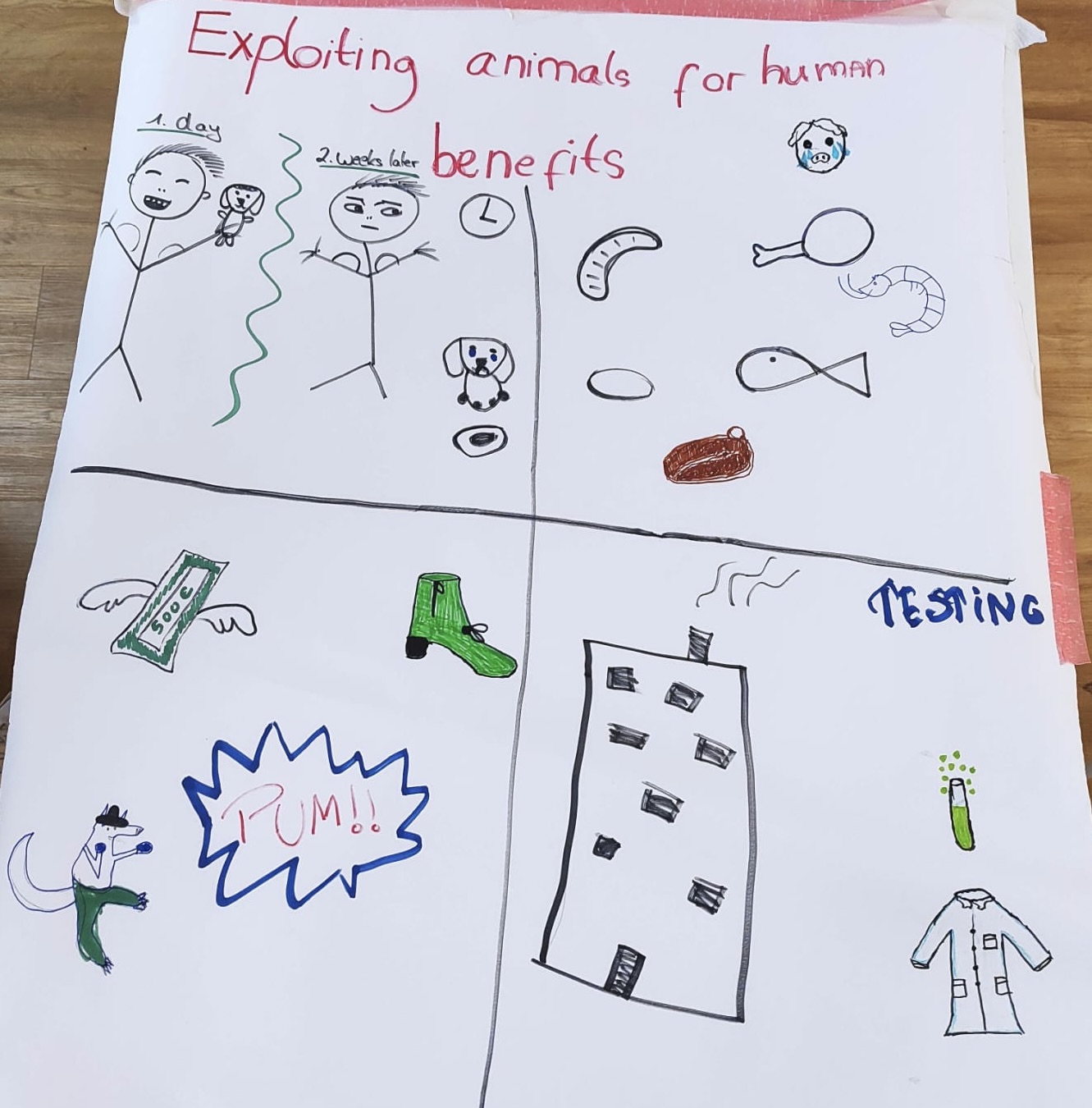 Our Animal welfare poster addresses the problem of ”Exploiting animals for human benefits”.
We divided our poster into four different categories to point out four different ways that humans exploit and harm animals.

We talked about how humans use an animal for their own benefits for a variety of reasons. For example, this can be because of emotion, hunger, and selfishness.

Our first example shows that humans temporarily have the desire to own a pet to satisfy his own feelings and needs, but after only a few weeks they no longer shows any interest in the animal.

The second example shows that humans kill the animal in order to eat it.
This is also done more or less torturously depending on the culture and concern.

The third example shows that animals are killed for fashion so that humans can demonstrate their financial standing in society.

The last example shows that animals are killed for testing.
Still many medicines, cosmetics etc. contain animal traces or were tested by animals.